Philippians 4:4
Rejoice in the Lord always; again I will say, rejoice!

1 Thessalonians 2:19
For what is our hope or joy or crown to boast of in the presence of our Lord Jesus at his coming if not you yourselves?

Psalms 42:6
Why are you downcast, my soul; why do you groan within me? Wait for God, for I shall again praise him, my savior and my God.

I think the most important thing we can do is pray, we need to raise our Rosaries.

Ourselves, our friends, our family, our states, and our nation needs Prayers.

In the name of the Lord Jesus Christ of Nazareth, by the power of his cross, his blood and his resurrection, I take authority over all curses, hexes, spells, voodoo practices, witchcraft assignments, satanic rituals, incantations and evil wishes that have been sent my way, or have passed down the generational bloodline. I break their influence over my life by the power of the risen Lord Jesus Christ, and I command these curses to go back to where they came from and be replaced with a blessing.

I ask forgiveness for and denounce all negative inner vows and agreements that I have made with the enemy, and I ask that you Lord Jesus Christ release me from any bondage they may have held in me. I claim your shed blood over all aspects of my life, relationships, ministry endeavors and finances. I thank you for your enduring love, your angelic protection, and for the fullness of your abundant blessings. 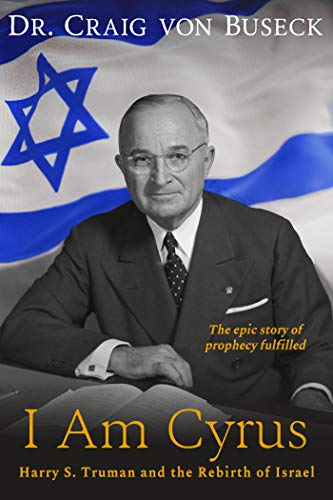 The original Cyrus was the Persian King who returned the Jewish People to Israel.  Cyrus was prophesized by Isiah at the End of Chapter 44. Isiah 45 talks of God’s plan for King Cyrus.  This was before Cyrus was born.  Donald Trump was prophesized about when he was still a millionaire Playboy in New York.

The similarities between these two presidencies don’t end with being called Cyrus and having disputed elections. Both have similar characteristics attributed to not only themselves but to their opponents as well. Both are known for there personal attacks of their opponents and both opponents were considered the more civil and dignified. Both men had the entire media industries against them. Biden and Dewey both have California running mates.

Both had Polls that were very wrong. Now and then, there are several similarities for the two Presidents referred to as Cyrus for Israel.

Truman held a newspaper declaring his opponent the victor before heading back to the White House.

History has a way of repeating itself.